Giving thanks: 5 things we’re grateful for

At JGCF, we try to say thank you as often as possible – but we can never say it enough. To celebrate this season of giving thanks, we’d like to share five things we’re especially grateful for.

2. Warrior families who inspire us all

We are very thankful for all of our JGCF donors. Your generous gifts fuel the race against childhood cancer. We’ve come to think of many of our supporters — like Lieutenant Colonel Ben Callis, USA, Ret. of Woodland, Calif. — as family.

We met Ben when his wife Norma won Jeff’s very first Corvette For A Cure in 2006. Never mind that 75-year-old Norma didn’t have a driver’s license, her personal “Corvette chauffeur and caretaker,” as Ben once referred to himself, was thrilled to cruise his wife around Northern California in her sleek, black sportscar.

Sadly, Norma passed away in 2012. But with fond memories of his wife, 91-year-young Ben still takes the Corvette out for a spin now and then. We always look forward to Ben’s letters, which include updates on his family, the car, and several photos.

Ben and Norma were directly impacted by childhood cancer many years ago when one of their daughters was diagnosed with kidney cancer at age 3. Thankful for her survival, Ben and Norma supported JGCF to ensure other kids beat cancer, too. Today, Ben remains in the race — recently joining THE FUEL, the new and improved JGCF recurring giving program.

We’re grateful for Ben — and for all of you — for your ongoing commitment to helping kids fight cancer.

Be one of the special donors keeping the race against childhood cancer speeding forward.

Take a chance at winning Jeff Gordon’s personal ride like Ben and Norma!

Camaro for a Cure 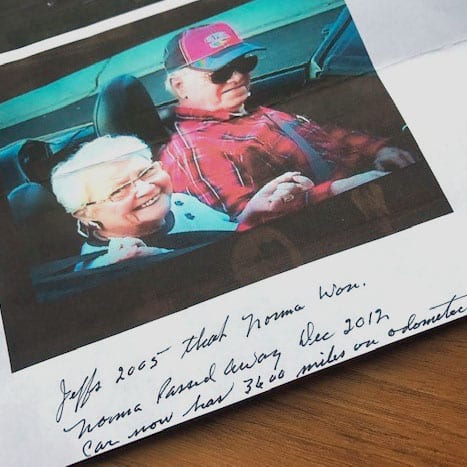 2. Warrior Families Who Inspire Us All

Merritt’s family found out she was fighting cancer when she was just 15 months old. Now her family fights tirelessly for her and all children fighting cancer. When Merritt’s family joined us at our annual Corvette For A Cure Celebration event, her father took to the stage to stress the importance of donating to organizations like JGCF — “The 4% that the government allows for pediatric cancer is real. Only 4% of the $5.6 billion goes to our future, our kids.”

Merritt is “kicking cancer’s butt” and growing like a wildflower while undergoing a year-long chemotherapy treatment plan. She recently celebrated her second birthday and got a very special birthday surprise — she found out she’s going to be a big sister! With your help, JGCF is racing to ensure Merritt has a chance to be the best big sister ever.

We’re grateful for Merritt and her family — sharing their story underscores the importance of funding pediatric cancer research.

Help fuel the race against childhood cancer for kids like Merritt.

For more stories about childhood cancer warrior families, follow us. 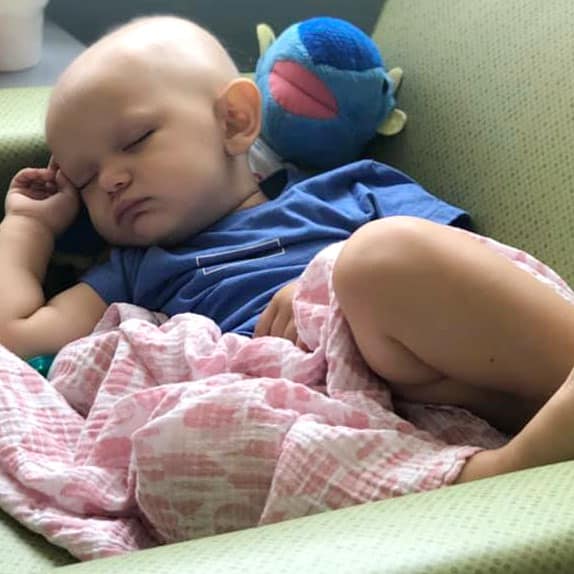 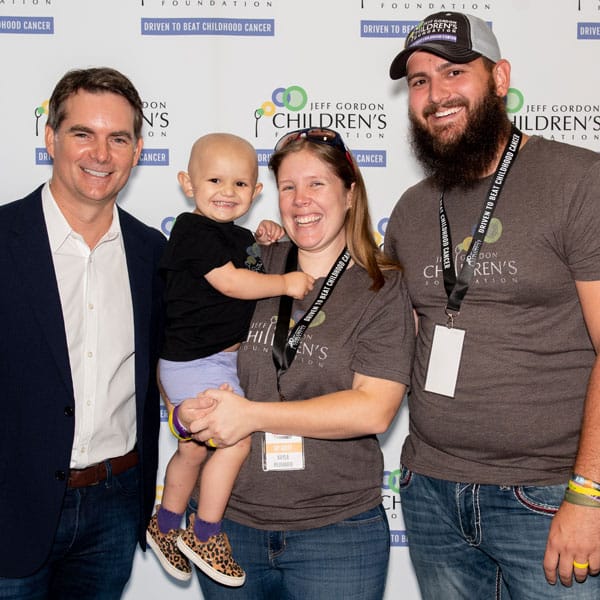 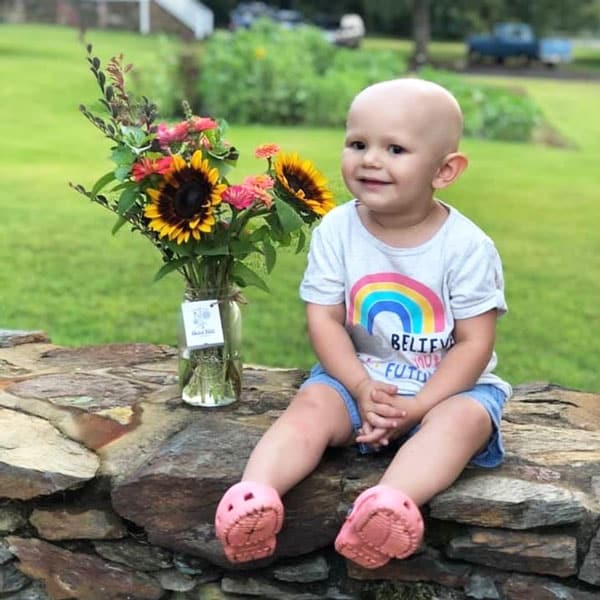 For more ways to get involved, visit our partners page.

Learn about our partners 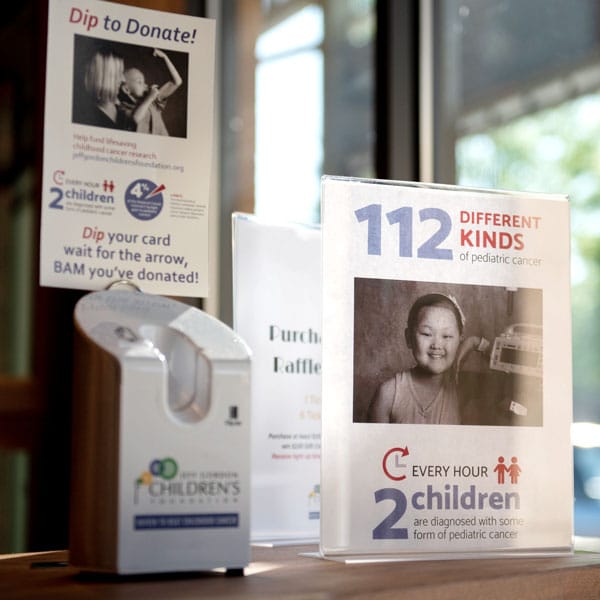 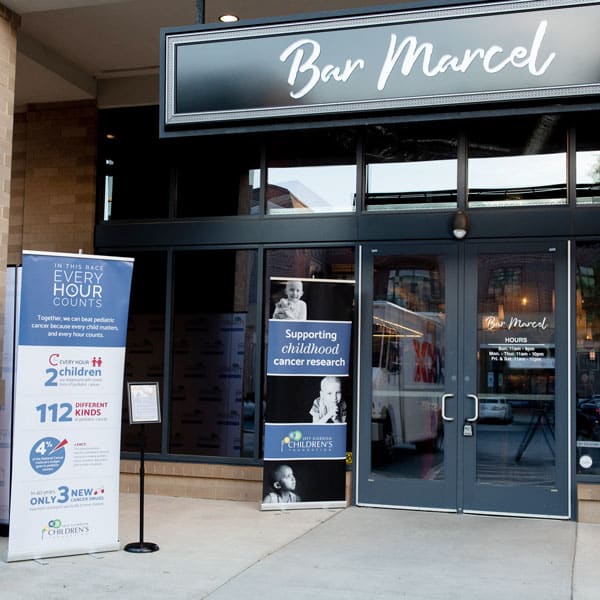 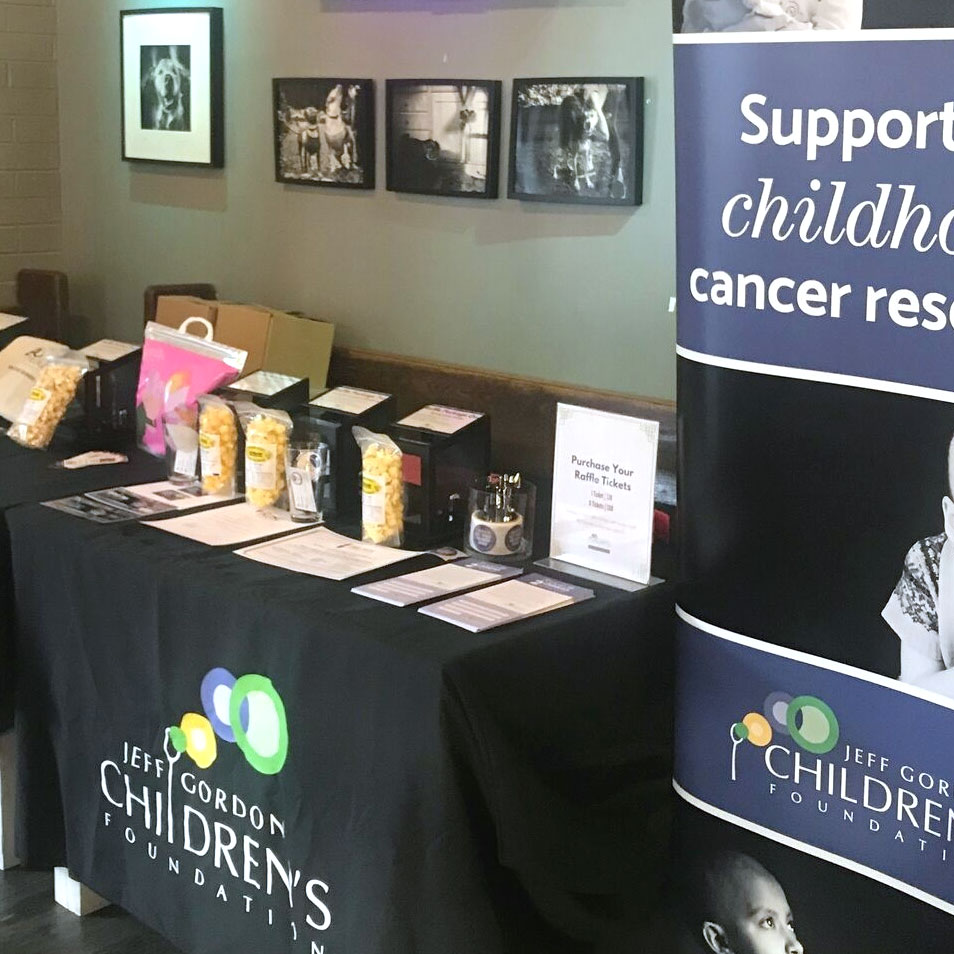 Cancer remains the No. 1 cause of death by disease for kids. But we are proud to partner with some of the best doctors, scientists, hospitals, and research institutions in the world in the race to beat it. This year we are supporting incredible work being done at Memorial Sloan Kettering Cancer Center in New York, Riley Hospital for Children in Indiana, and the Center for International Blood & Marrow Transplant Research (CIBMTR) headquartered in Minnesota. These projects include:

Because of your support, these doctors and researchers will receive more than $1.1 million with another $1 million already pledged for 2020. We are grateful for the exciting potential created by pediatric cancer research, made possible by your generous gifts.

Support research that will change the future for kids fighting cancer.

Help us fund important pediatric cancer research projects like these. 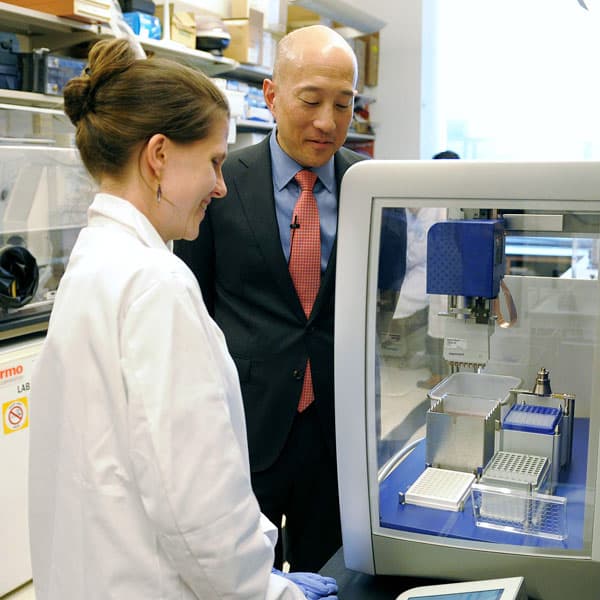 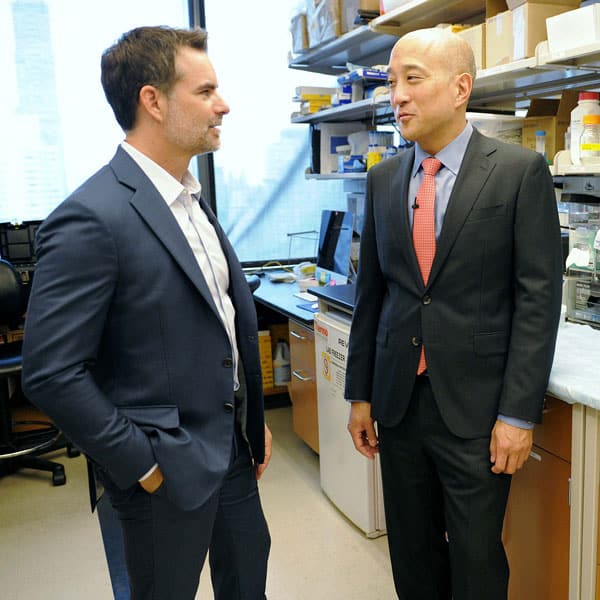 If you follow our social media, you’ve seen a story or two about some of the very special people and pets who support warrior kids every step of their cancer battle.

Pediatric oncology nurses put on their scrubs and wrap their stethoscopes around their neck each day knowing they’re battling the No. 1 cause of death by disease for children. We’re proud to have shared stories of very special nurses who touch the lives of patients and families every single day. “We see you,” said the mother of a childhood cancer fighter about her daughter’s very special nurses. These women and men display an incredible amount of compassion for kids fighting cancer and determination to help them beat it.

Believe it or not, some of the heroes in the fight against childhood cancer wear a leash when they enter a hospital. Furry friends provide comfort and support to kids fighting cancer in hospitals all over the world. They bring comfort during treatments, demonstrate how to be brave during tests and procedures, and bring a smile to a gloomy day. And after kids leave the hospital, animals trained to provide assistance and emotional support at home are vital to the transition back to day-to-day life.

Whether they wear scrubs or a leash, these unsung heroes all wear capes in our book — and we’re thankful to have them on the front lines in the fight against childhood cancer.

To learn more about the people (and animals) on the front lines of childhood cancer, join our email list or follow us on social media. 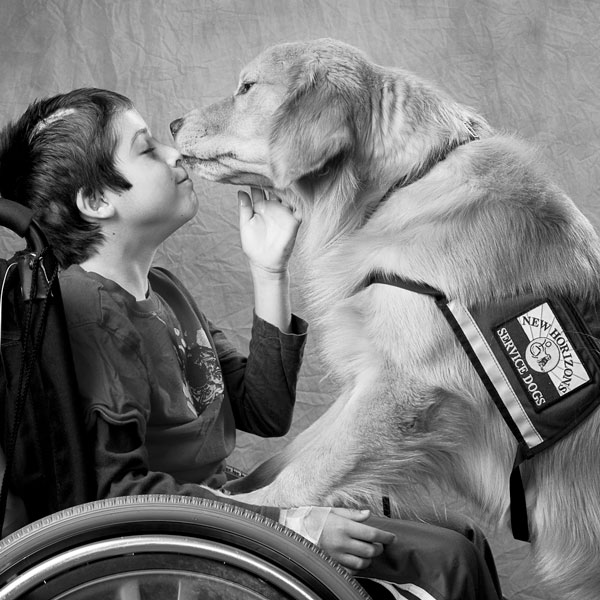 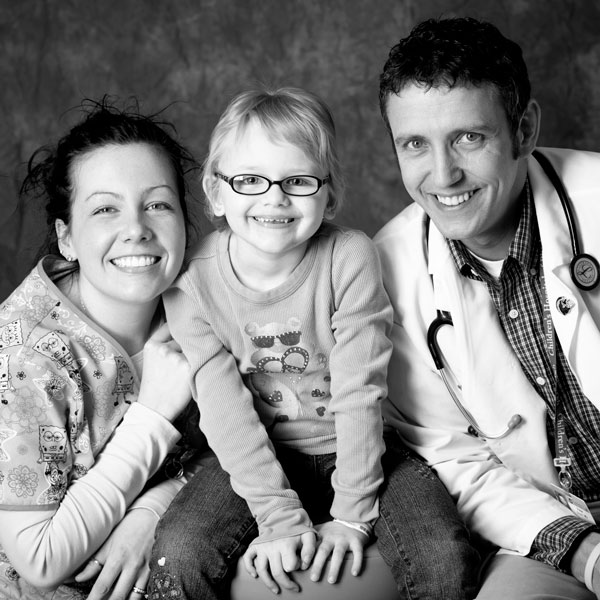 What are you thankful for?

Tell us what YOU’RE grateful for this holiday season.

Will you join us? Donate now.